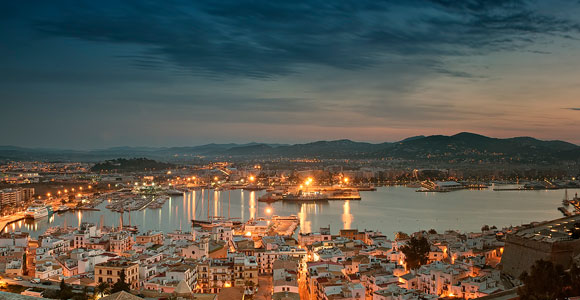 The beautiful, cosmopolitan and recreational Ibiza Island is located in the Mediterranean Sea and is adjacent to the islands of Mallorca, Menorca and Formentera and some smaller islands of the archipelago and autonomous community of the Balearic Islands of Spain. It is located 79 km east of the Iberian Peninsula, compared to Denia (north of Alicante), 80 km southwest of the island of Mallorca, and 3 km north of Formentera. It consists of the municipalities of San Antonio Abad, Santa Eulalia del Rio and San José, with the capital in Ibiza (Eivissa in Catalan). 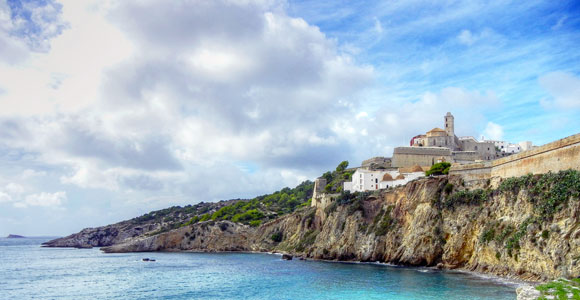 Ibiza Town is home of the main administrative body government of the autonomous community of the Balearic Islands. Ibiza Capital is located in the eastern area of ​​the island and through its port and international airport, is the main gateway to the island. There are two official languages, Catalan and Spanish, however many languages ​​and cultural expressions characterize the daily life of Ibiza, since it is a city whose main industry is tourism, with special emphasis on offering nightly entertainment, beautiful beaches and spaces of tolerance for different lifestyles, from clubbers to the most relaxed and sober. 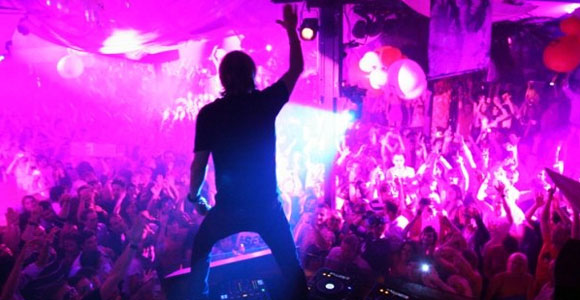 Ibiza is world famous for hosting the best parties in Europe, in fact, its fame and prestige began in the early sixties, when it became a meeting centre for many communities of the hippie movement, coexisting with their hospitable inhabitants and with the support of local authorities openness and tolerance, that are consolidated in the social dynamics and equipped with modern tourist infrastructure promoted by governmental and private investment.

Joy and vitality characterizes the festive atmosphere that permeates each corner of Ibiza. The city has a wide range of thematic and entertainment establishments with the firm objective to offer its visitors a pleasant stay. All these places of trade and services are active late into the night because the bustle of the night in Ibiza is unparalleled, from the street Barcelona at the port, we can start to visit some of the clubs (at least forty) located throughout the island. We can mention the nightclub Pacha Ibiza, which was inaugurated in 1973 and is open 24/7! Among his legendary parties are the shows of popular DJs such as David Guetta, Avicci, Martin Solveig and other members of the electronic music movement. 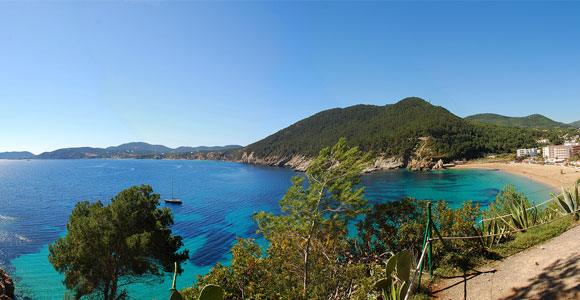 The pleasant climate of Ibiza also can be enjoyed in long beaches, with an average annual temperature of 17 °C. You also have access to its beautiful beaches like Playa d'en Bossa, Cala Talamanca, Cala Llonga, all of spectacular beauty and equipped with all the services you may require. There are many other beaches on the island, but here we only mention those for political and administrative organization which corresponds to Ibiza capital, but from its port and its capital easily visit other beaches that the island has undertaken. 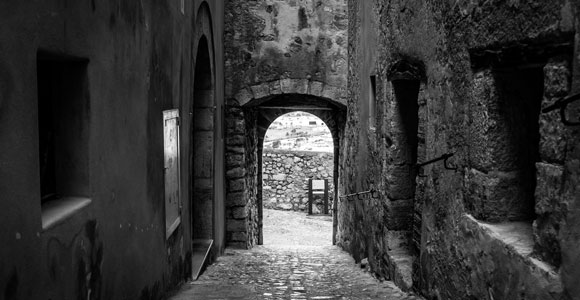 Ibiza has urban settlements developed since the year 654 a.c. as Phoenician city and along different times was an important trading platform for its strategic geographical position, so besides being the scene of amazing parties, excellent hospitality of Ibiza’s people, the beauty of its beaches and good climate, Ibiza also stands as a city with an important historical legacy, visible in its architecture, monuments and concentrated in the historic centre of Ibiza, called Dalt Vila or Barrio Antiguo, set on the top of the hill. Museums include the Cathedral (fourteenth century) and the Renaissance walls of the sixteenth century, in 1999 both declared World Heritage Site by UNESCO. It also has the most important Punic archaeological treasure in Europe and a complex of unique and picturesque houses.


The confluence of so many benefits in one city, ensure the permanence of Ibiza as one of the most desired and most visited destinations in the world.