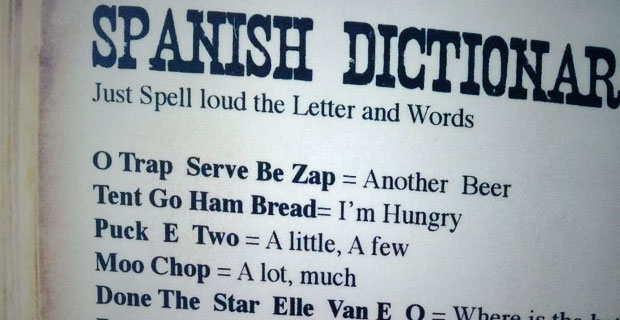 Recent research from UK holiday comparison site Travel Supermarket suggests that more than half of holiday makers attempt to learn a little of the local language when travelling abroad, with Spanish being the most popular language attempted.

Encouraging news, were it not for the fact that Spanish has also been voted the language most people attempt to learn but ultimately give up on. If you’re visiting Spain, and really want to experience Spanish life away from English breakfasts and universal mime language, then learning some conversational Spanish will go a long way, especially if you’re heading away from the Costas. Here are some tips to help your Spanish learning experience one that will stick with you long after you’ve returned home.

Don’t be shy
Learning and using a new language isn’t for the faint hearted. In fact, be brave. Have the confidence to say what you’ve learned. What’s the point if you’re not going to use it?

Admit failure
You’re going to make some mistakes – possibly embarrassing ones – but as long as you’re prepared for the inevitable hiccups along the way, they’re all part of the learning experience. You may well mistake ‘pechos’ for ‘perchugos’ or ‘cocino’ for ‘cocinero’ but as long as you’ve got to grips with ‘Lo siento’, most people will be very understanding. Plus, you’ll have some really funny stories to tell when you’re fluent.

Practice makes perfect
The only way you’ll get to grips with any new language is to actually use it. Actively look for opportunities to speak in Spanish and see if you can understand and be understood. The more often you use it, the easier it gets.

Watch, read, listen
Immerse yourself in the language and attempt to follow what’s being said or written. Read a Spanish newspaper, or go to the cinema to watch a Spanish language film. Listen to conversations, though you might want to be a bit discreet about the last one…

Beware of local dialects and variations in the language
There are some very distinct branches of the Spanish language in use in Mainland Spain, including Catalan, Basque and Galician. Along with these, regional dialects also vary widely, so be prepared to hear something very different to what you read.

To really get to grips with your conversational Spanish, take a trip away from the busy tourist resorts and head off the beaten track where English is less widely spoken. Hiring a car with AurigaCrown through any of our Spanish rental partners gives you the flexibility and convenience to set the pace of your holiday… and it’s a great excuse to tune into the local radio and put your skills to the test.

Are you ready to learn Spanish? Here is your first lesson: 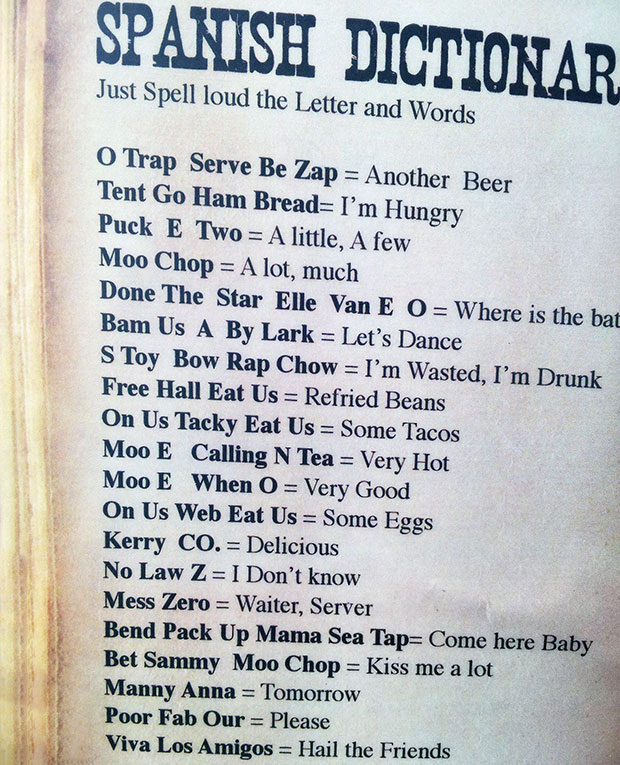