Christmas in Spain has a lot to offer visitors looking for a less commercial festive season, and the traditional Christmas Markets of the major cities will certainly delight those looking for some seasonal retail therapy or just some unusual gifts. 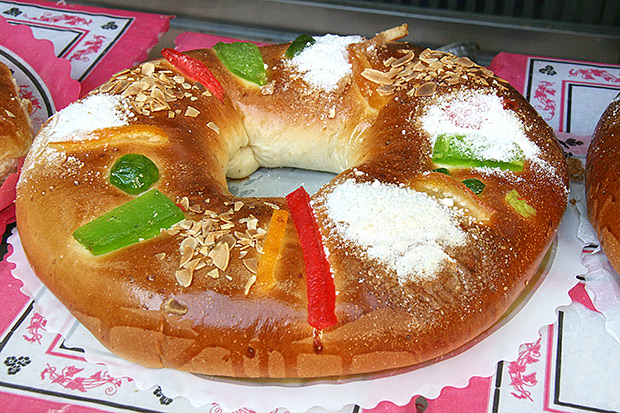 Christmas festivities in Spain are a lot like Spanish lunches – long and relaxed. Holidays and feast days run throughout the month of December, but unlike in the UK, you won’t see any decorations being thrown up at the end of September. In fact, the festive season doesn’t really begin in earnest until December 8th with the public holiday Inmaculada (Feast of the Immaculate Conception). You may well see Christmas lights and decorations appear in the larger towns and cities before then, but in general, people don’t decorate their homes until later in the month, and even then, it’s a much more subtle affair. Trees are smaller, baubles less gaudy, and there’s much more emphasis on the Nativity scene and all its players.

Christmas Eve (Nochebuena) and Christmas Day are very different to the UK. These two days are usually spent in larger family groups, eating and drinking, before Cathedral bells ring out at midnight announcing mass. Santa may well visit all the good boys and girls, but he’ll only leave the one gift. The main presents are brought by The Three Kings, to be opened on Kings Day of January 6th, and are left in a clean pair of shoes put out for the occasion. The day is spent giving and receiving gifts, cakes and sweets to family and friends, many of which will have been bought specially from a local Christmas market. These appear in most larger towns and cities throughout December, however there a four major Christmas Markets in Spain that attract visitor from far and wide – the Plaza Mayor Market in Madrid, the Santa Lucia Market in Barcelona, the Christmas Market in Seville, and Granada’s traditional Christmas Market – each with their own unique atmosphere. 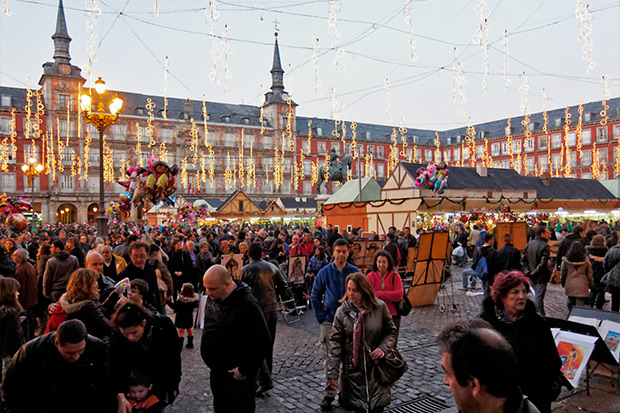 Located in one of the city’s oldest plazas, the market itself is pretty old at around 150 years. Over 100 stalls selling Christmas items fill the square, with trees, decorations, and Nativity figures being a speciality. Popular with tourists and locals alike, the market usually runs throughout December. 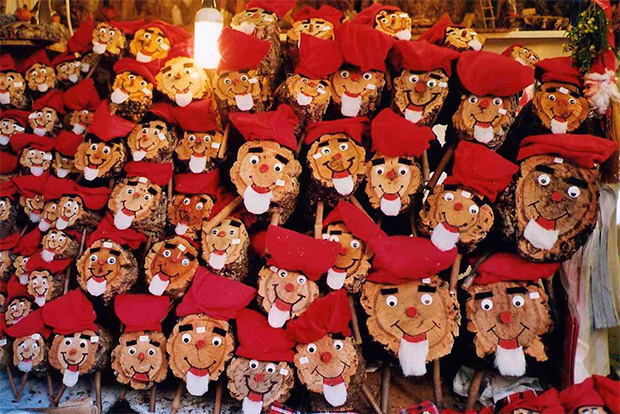 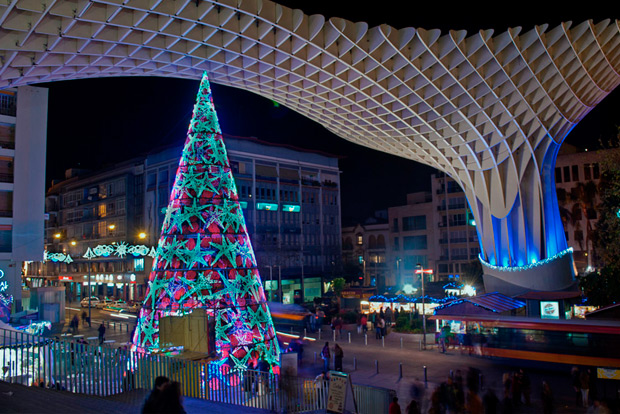 Right in the andalusian heartland, this market attracts visitors from across the region and tourists alike. Along with all the decorations and gifts, this market is famous for its food and drink – to be given as presents or enjoyed on the spot.

Nestled underneath the snow-capped Sierra Nevada mountains, Granada’s Nativity celebrations take place throughout the city, often including live actors and animals. The market here is famous for its hand crafted gifts, candles and not to mention a vast array of traditional sweets.

Visit one or all of the Christmas Markets of Spain with car hire from AurigaCrown. Our rental partners have offices in convenient locations across the cities of Madrid, Barcelona, Seville and Granada including airports, train stations and numerous downtown locations. Book today to secure your car for Christmas in Spain.